Little late to find this one, but most definitely glad I found it! Detroit born and bred legendary producer; Waajeed blessed us with a deeply soulful house 10-track album titled; ‘From the Dirt’. With over 20 years in the game, Waajeed started producing hip hop style beats, using a sampler machine which belonged to well-respected producer; J Dilla. What’s also worth noting is his shift to house and dance floor focused music in recent years, which is testament to his dynamic producing ability. Released through his own label; Dirt Tech Reck, this album follows on from a string of short EP releases starting from 2017. 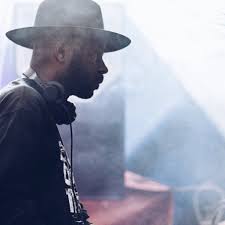 There’s an amazing energy throughout the album, accompanied with some beautiful vocal features, consistent brilliant arrangement and a range of colourful percussion washing every track. Stand out track ‘From the Dirt’ opens the journey momentously, as Waajeed creates a captivating soundscape with slow building kicks and an attacking piano rift. The Impactful preachers’ sample in the track ‘I Just Wanna Tell’ decorates a wonderful spiritual house feel throughout, similar to tracks like never grow Old’ from Robert Hood. He’s clever chopping of the preachers’ sample against the growing presence of drums and claps quickly shifts your mood from contemplation to absolute joy, as the drum and kicks begin to take center stage in the track. Waajeed’s mellow, hypnotic sounds in tracks like ‘Strength’ and ‘I ain’t Safe’, blends well with soul singer; Ideeyah accompaniment throughout those tracks.

Have a listen and support via bandcamp below: