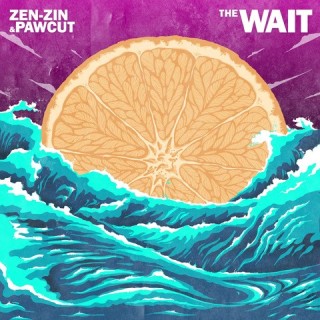 Zen-Zin and Pawcut are not your typical rap group. Zen-Zin is a MC and singer from Karthoum, Sudan. Pawcut is a beatmaker from Minden, Germany.  “The Wait“ is the first Zen-Zin & Pawcut release since their debut album „Butterfly Effect“ on Jakarta Records.

Zen-Zin started rapping at the age of 12 after getting into 50 Cent, Bone Thugs-N-Harmony and Malaysian hip-hop group Too Phat (a popular rap group from Malaysia). Pawcut’s first release was “Duplex”, a split album with FloFilz.

“People should know that we’re alive and well and that we’re looking forward to contributing to the genre.” Zen-Zin explains. “I don’t think there’s a place in the world where hip-hop isn’t the most popular music, unless you’re in a cave or some remote island somewhere. The problem is trying to make the local artists in these territories across the globe become involved in this success, Drake did a good job with putting Canada on the map and Stormzy and other grime artist are doing the same for London.“

Have a listen their new single, ‘The Wait’: